The diocesan bursar's office ensures the proper management of diocesan material resources such as equipment and buildings (the diocesan center and the Maison Saint-Joseph), as well as financial resources.

It provides administrative support to the Diocesan Council for Economic Affairs (DCEA) and its Executive Committee and follows up on their decisions.

The office collaborates with the parish Fabrique councils in the administration of parish goods for the mission and in the spirit of co-responsibility. On an annual basis, training activities are offered for members of Fabrique councils.

The bursar's office receives and approves the budgets and financial reports of the fifty-three (53) parishes of the diocese. It also ensures the follow-up of reviews by the diocesan authorities related to requests submitted by parishes regarding major repair work, important purchases, loans, long-term rentals, disposal of real estate, etc per the Fabrique Act and Ordinance III. 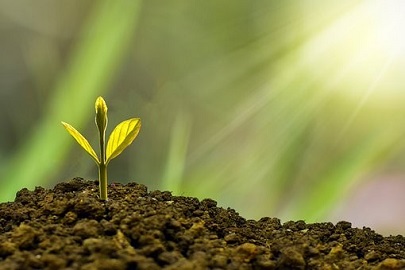 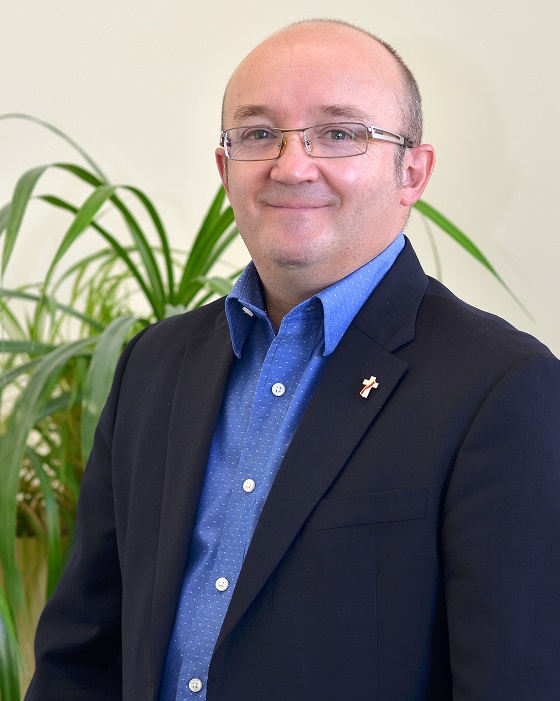 René is the 7th of a family of 9 children and he grew up on the family farm in Saint-Félicien in Lac St-Jean. Married to Anne Foucault since 1997, they are the happy parents of three daughters.

After his university training in communication at Laval University and Saint-Paul University, he worked for the diocese of Gatineau as communications manager and press secretary for Bishop Roger Ébacher, from 1990 to 2011. During this period, he also completed a degree in theology with the Université de Sherbrooke. In 2001 and 2002, he joined the organizing team in Toronto for World Youth Day 2002 as French assistant to the director of communications.

From 2011 to 2018, he was in charge of media relations for the Canadian Conference of Catholic Bishops. Subsequently, he took over as General Manager of the Family Service Center in Ottawa before returning to the Diocesan Services team in February 2020, this time as Diocesan Bursar.

On October 11, 2013, Mgr Paul-André Durocher, Archbishop of Gatineau, ordained him a permanent deacon. As deacon, he is mandated in the parish of Notre-Dame de l'Eau Vive. In his diaconal ministry, he also acts as diocesan respondent for the formation process for permanent deacons. In this capacity, he is a member of the executive of the Assemblée des responsables diocésains du diaconat permanent du Québec (ARDDPQ).

As a parent, René got involved in his children's schools. He was parent commissioner at the former Commission scolaire des Portages de l'Outaouais (CSPO), from 2018 to 2020. He was also a member and chair of the Governing Board of Mont-Bleu high school. For several years, he has been a member of the Board of the CSPO Foundation 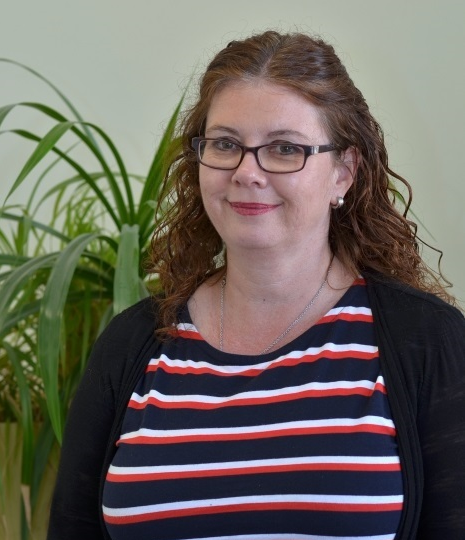 Originally from Louiseville in Mauricie, Sophie studied administration in Trois-Rivières.

She moved to the Outaouais region 16 years ago, where she managed a family flower business for 10 years.

She joined the diocesan team as an accounting technician on September 3, 2019.

Sophie is the mother of two beautiful children. She loves reading and gardening. 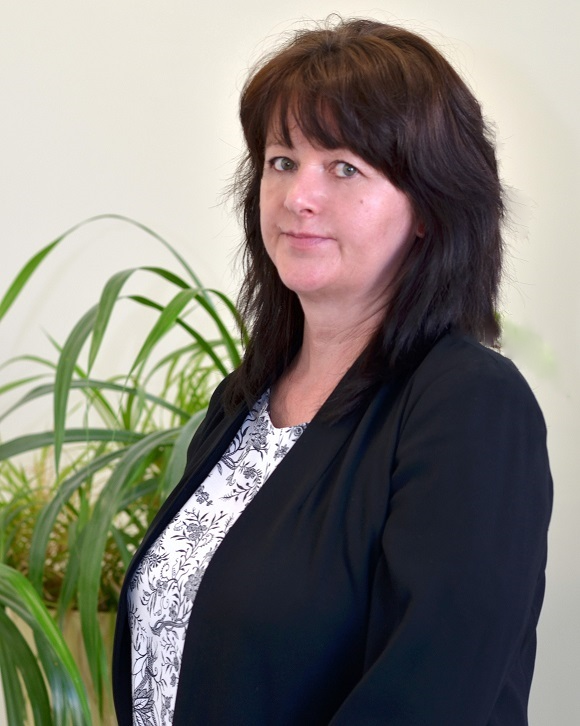 A native of Croatia, where she completed a collegiate degree in Food and Tourism, she arrived in Canada in 2001.

After mastering the French language, she completed a formation in Office Administration, and a professional degree in Accounting.

She has worked as a receptionist, an administrative assistant, an accounting clerk, and a chocolate-maker. She has been a member of the diocesan team since 2016.

She is the mother of a grown daughter, and is a big lover of nature and animals. 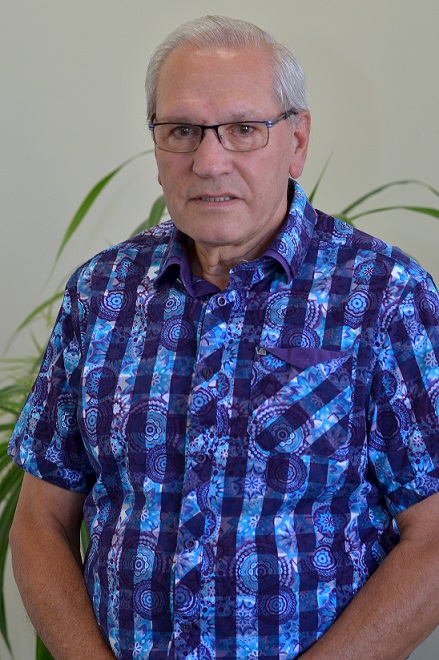 A native of Porto Formoso, on the island of São Miguel in the Azores, (a territory of Portugal), he started working very young.  At the age of 25, he immigrated to Canada in 1972.  Soon after, he started working in construction, an occupation he kept until 2008 when he became an employee of the Archdiocese of Gatineau.

His favourite sport is soccer; indeed, he’s been a member of the Gatineau-West Soccer Club (GWSC) since 1986.

He’s been married for 28 years now, and he is the happy grandfather of five grandchildren who are his pride and joy.

The Diocesan Council for Economic Affairs is composed of volunteers recognised for their competence and their integrity.  The DCEA advises the Archbishop on financial and economic matters, as required by canon and civil law.  It assists the diocesan bursar in the preparation of the annual budget of the archdiocese. It reviews and approves major projects put forth by the parishes. Its advice and even its consent is necessary in more serious administrative questions.

​​​​​​​Members of the Diocesan Council for Economic Affairs (DCEA)