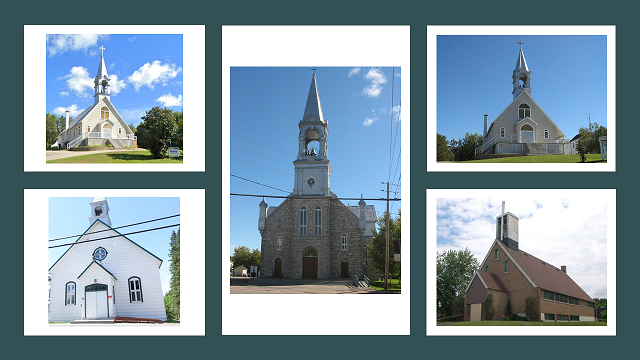 June 1, 2022 - The Vatican announced this morning the merger of the dioceses of Mont-Laurier and Saint-Jérôme to create a new ecclesiastical jurisdiction: the Diocese of Saint-Jérôme--Mont-Laurier.

At the same time, the parishes of Maniwaki, Gracefield and Duhamel have been transferred to to the Archdiocese of Gatineau. All the territory of the administrative region of the Outaouais that was in the diocese of Mont-Laurier is now attached to the archdiocese of Gatineau. This transfer corresponds to the wish of the majority of Catholics in these regions who, during a survey conducted in 2020, expressed their desire to be attached to Gatineau in the event of a merger of their diocese with Saint-Jérôme.

Archbishop Paul-André Durocher, Archbishop of Gatineau, welcomes this news, given the natural link that exists between the populations of these regions and the archdiocese. He thanked the priests affected by these changes for continuing to minister in these communities. He is already planning a diocesan team visit to Gracefield and Maniwaki to meet with the leaders of these communities and work together to ensure a smooth transition.

Following its synodal process of 2018-2020, the Archdiocese of Gatineau has given itself the following pastoral priorities: “Open to its milieu and committed to synodality, the Catholic Church in the Outaouais is cares particularly for young immigrant families and elderly people who live alone, encouraging partnerships and expert use of new means of communication.”