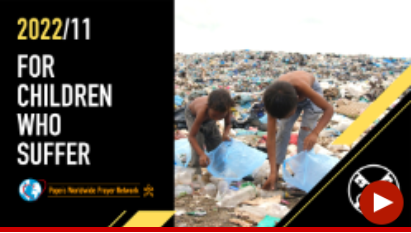 “An abandoned child is our fault,” says Pope Francis in the video prepared by the Pope’s Worldwide Prayer Network announcing his prayer intention for November.

In the video, Pope Francis calls on Catholics to pray for children who are suffering due to rejection, indigence, poverty, and conflict around the world.

“There are still millions of boys and girls who suffer and live in conditions very similar to slavery,” the Pope said, emphasizing that these children are not “numbers” but “human beings with names and an identity that God has given them.”

Every marginalized child living without schooling, without a family, without health care, the Pope continued, is “a cry;” a cry “that rises up to God and shames the system that we adults have built.”