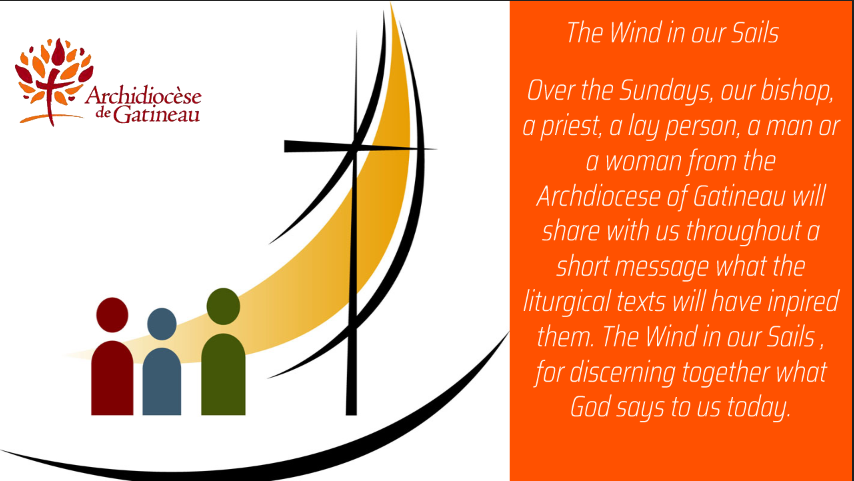 like the wind in our sails || January 23th 2022: IIIrd Sunday of the ordinary time c

Saint Luke is a convert to Christianity who became a companion to Saint Paul. Around 66 to 67 AD, he authored two books, the second of which we know as the Acts of the Apostles.

Luke emphasizes that he has taken pains to research the beginnings of Christianity, including its evolution both inside and outside the Jewish community, including the life of Jesus. Based on his research, he has written a careful account so that we might we assured of the certainty of the teachings we have received.

During Advent and Christmas, we took to time to meditate on the start of the story: the birth of Jesus and his early years, the preaching of John the Baptist, the baptism of Our Lord and His struggle with, and victory over the devil.

Full of the power of the Holy Spirit, Jesus set out on His mission and came to Nazareth. As He was accustomed to do, He attended the synagogue on the Sabbath and rose to read the Word. He was given the scroll of the prophet Isaiah

The scene takes place in Jerusalem around 450 BC. People had just returned from a long time of exile, their hearts full of hope which quickly became disappointment and despair. Something had to be done and in a hurry!

So, on the first day of the new year, Ezra the priest and Nehemiah the governor summoned the population to the main square of Jerusalem. With great decorum, Ezra brought out the Book of the Law which the Lord had given to Israel and he read aloud from it from daybreak until noon. The people wept, sung, lifted their hands and cried ‘Amen!’ This was followed by a great banquet. The Word of God had given new life to the community and the future was back on track.

It is also through the Word of God that Jesus reveals His identity to His compatriots. He reads from the prophet Isaiah on the coming of the Messiah:

‘The Spirit of the Lord is on me, because he has anointed me to proclaim good news to the poor…’

Then He goes on to say:

‘Today this scripture is fulfilled in your hearing.’

Let us end this short meditation by reciting in our hearts the words of the Psalm:

‘Your words, Lord, are Spirit and life.’