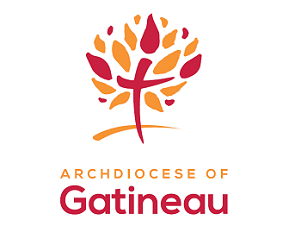 Like you, I am shocked by the news of the discovery of 215 unmarked graves of Aboriginal children on the grounds of Kamloops Residential School. I grieve for our Indigenous brothers and sisters whose suffering is rekindled by this news. As a member of a Church that has contributed to this desolation, I am ashamed.

This discovery throws a harsh light on what the Truth and Reconciliation Commission (TRC) taught us eight years ago. Indeed, the TRC had commissioned research on the issue of the fate of children who died in residential schools. This study concluded that many children died of tuberculosis in these residential schools, especially before 1950. The CVR had counted more than 3,000 registered deaths, a death rate two to three times higher than in the general population. As the registers are partial, one can believe that the real figure is higher. The report noted that health care was almost non-existent in these boarding schools, which were underfunded and far from large urban centers. In addition, the government refused to fund the repatriation of the bodies of deceased children so that their parents could properly bury them in their communities. They were often buried in cemeteries on school grounds, without gravestones, without identification. The TRC had concluded that at least 90 children had died during the Kamloops residential school's years of existence, from 1890 to 1969. Underground radar searches of the school grounds revealed that there at least 215 are buried there. Research continues, and additional graves can be expected.

This sad discovery rekindles the deep wounds of our Aboriginal brothers and sisters who attended these institutions. It also highlights how iniquitous the whole residential school system was. Even if some former students can name positive aspects of their experience at these residential schools, the system itself was founded on the racist view that native people had to be educated “white” in order to integrate into Canadian society. It sought to assimilate native children and kill their culture. It tore families apart, created places for the spread of disease and, all too often, violence. At the time, Christian churches, dioceses and religious communities thought they were doing well by participating in this system. Today, our eyes have been opened.

I join with the many leaders of local churches and religious institutions who ran these schools in asking forgiveness for the harm that has been done. With them, I want to contribute to repairing this evil, inasmuch it can be repaired. I know the road will be long, but I pledge to walk it with all people of good will.

Faced with such revelations, what can we do? We can learn about the work of the TRC if it has not already been done and familiarize ourselves with its calls to action, which can be found here.

We can make our own the apologies that have been offered since the early 1990s by those in charge of the religious organizations that have run these schools. You can find them here.

Regarding the recent discoveries in Kamloops, you can read the comments

Finally, Ms. Julie Cool, diocesan pastoral worker, is ready to lead discussion groups based on the recent text "Listening to Indigenous Voices. A Dialogue on Justice and Right Relations” published by the Jesuit Forum for Social Faith and Justice. To indicate your interest in such a group, contact her at coolj@diocesegatineau.org.

The Gospel of Jesus-Christ urges us to ask forgiveness for our sins, to reconcile and to seek unity. Animated by this Gospel, let us denounce past injustices, accompany present distress and, together, build a better future.