In the governance of a diocese, the bishop is assisted first and foremost by his vicar-general, but also by several councils.

The person of the archbishop 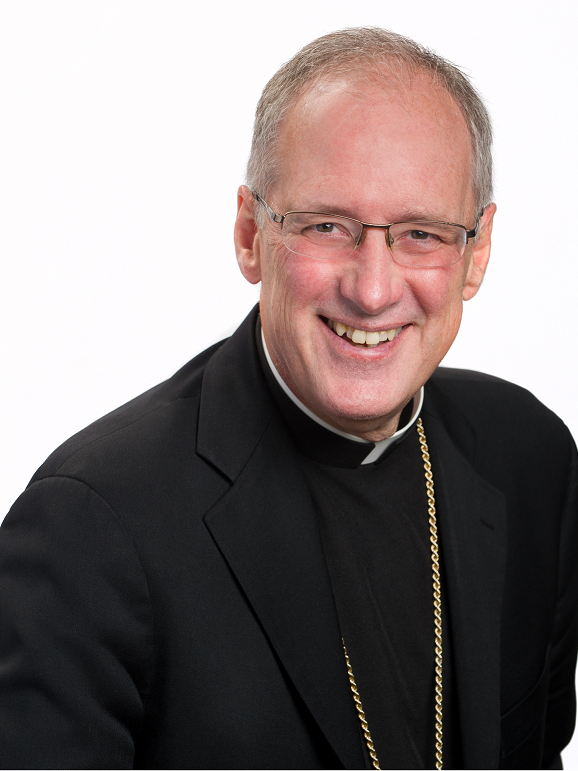 « Gift of the Holy Spirit to the Church, the bishop is first and foremost, and like any other Christian, a son and member of the Church... However, because of the fulfillment of the Sacrament of the Orders, the bishop is also, for the faithful, he who is master, sanctifier, and pastor, charged with acting in the name and in the person of Christ. » (Pastor Gregis, no. 10)

The person of the vicar general 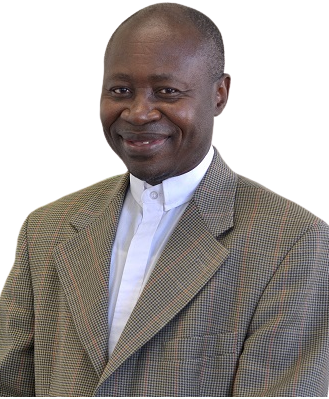 The Rev. Rodhain Kasuba is Vicar General of the Archdiocese of Gatineau.

A vicar general is like an archbishop's right hand. He helps him in the government of the entire Archdiocese. As moderator of the diocesan curia, he coordinates the work of the diocesan team.

He sits on the Archbishop's main councils and assumes many of his responsibilities and powers in his absence.

He represents the Archdiocese of Gatineau when necessary, listens to those who wish to be heard by diocesan authorities and grants the necessary permissions for the exercise of the regular administration of the diocese.

If necessary, the archbishop delegates him to preside over the celebrations of the sacrament of confirmation which he cannot himself assure.

Finally, he takes part in the semi-annual meetings of l'inter-Ouest, a gathering of the diocesan leaders of western Quebec.

I was ordained a priest in DR Congo, where I carried out pastoral ministry for three years. With a bachelor's degree in philosophy, I completed a specialized formation at the Pastoral Institute of Religious Studies of the Catholic University of Lyon and completed the Formation of Formators at the Jesuit Faculties of Paris. After a Master's degree in missiology and interreligious dialogue at Saint Paul University in Ottawa, I defended a doctoral thesis in systematic theology (Ph.D.) at Saint Paul where I also taught the course on the Church and ethics. As a parish pastor, I have exercised pastoral ministry in the Diocese of Gatineau, first as a collaborating priest in the parishes of St-Matthieu and St-Alexandre; then as parish priest in the parishes of Ste-Élisabeth de Cantley and St-Pierre de Wakefield; Pastor of the three parishes of the Unité pastorale de la Vigne, which at the time included the cathedral of St-Jean-Marie-Vianney and the parishes of Ste-Maria Goretti and St-René Goupil, which later became the parish of Ste-Trinité. For the past six years, I have been Pastor Moderator of Notre-Dame de l'Eau Vive Parish (N.-D. de la Guadeloupe, Saint-Pierre-Chanel and the Catholic Community of the Plateau) and for nearly three years, concurrently, I have been ministering at the diocesan center as Vicar General of the Archdiocese of Gatineau.

Passionate about reading and writing, I enjoy reading books of all kinds (religious, scientific, philosophical, novels...). Among others, I have published a book on Cardinal Joseph Albert Malula, on Francis of Assisi and Pope Francis, two collections of poetry and several articles and contributed to a few publications. I am currently a columnist for Prions en Église and Vie liturgique and I animate resource sessions.

My favorite sports and hobbies:

"To be free is not only to cast off one's chains; it is to live in a way that respects and enhances the freedom of others," Nelson Mandela.

"Now this is the will of Him who sent me: that I should not lose any of those he has given me, but that I should raise them up at the last day," Jesus of Nazareth.

"Words become meaningless when they mean everything at the same time" Henri de Lubac.

Advising body emanating from the Presbyteral Council, it assists the bishop in certain decisions of very special importance.

Advisory Committee for the management of allegations of sexual abuse

For dealing with allegations of sexual abuse of minors committed by priests, deacons, pastoral agents or volunteers of the Archdiocese and its parishes

Pope Francis demands full and attentive cooperation from all bishops and heads of religious institutions, and stresses that the priority is not to avoid scandal, but to make the Church a safe house to uproot the plague of abuse.«Do all that is possible in order to uproot from the Church the plague of sexual abuse of minors, and open a path of reconciliation and healing to those who have been abused»: Pope Francis is asking this of all bishops and heads of religious orders, in a letter sent on the occasion of the meeting of the Pontifical Commission for the Protection of Minors, that was held at the Vatican on February 6-8.

To the Pope, it is important that families «know that the Church will do everything in order to protect their children»

Come back to visit us!